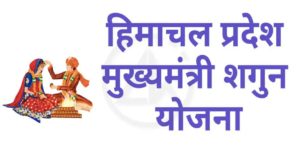 To avail benefit of this scheme, the girl and her family can apply two months before marriage or within six months of marriage and the financial assistance is directly deposited in the bank account of the applicant concerned.

For this scheme, the age of the girl should be 18 years or more and the age of the boy should be 21 years or more. The girl should be a permanent resident of Himachal Pradesh and the scheme can be availed even if the girl marries a person living outside Himachal. To avail benefit of this scheme, application in prescribed form can be applied with the nearest Anganwadi worker, Child Development Project Office or District Programme Officer.

Rangeela Devi of village Narku in Tehsil Nirmand of district Kullu received support from Shagun Yojna. Under this scheme she had received Rs. 31, 000 as a Shagun from the State Government.  Rangeela Devi’s father Prakash Chand said that his family is associated with agriculture business. He said that through the information received from the Panchayat Pradhan, he applied for this scheme. The amount of this scheme was directly transferred to her bank account. With this financial assistance, he received major support in the marriage of his daughter.

Renu Devi, a resident of Shivpuri in district Shimla, said that she used the financial assistance received from this scheme to realize the happiness of her daughter. Expressing her gratitude to the Chief Minister, her daughter Charu Negi said that she is looking forward towards a better future with this financial assistance provided under the scheme. Renu Devi told that her husband remains ill and has no means of regular income. In this situation, when the marriage of her daughter was fixed, their financial condition was not good but Mukhya Mantri Shagun Yojna proved a ray of hope for them.

Sorry. No data so far.